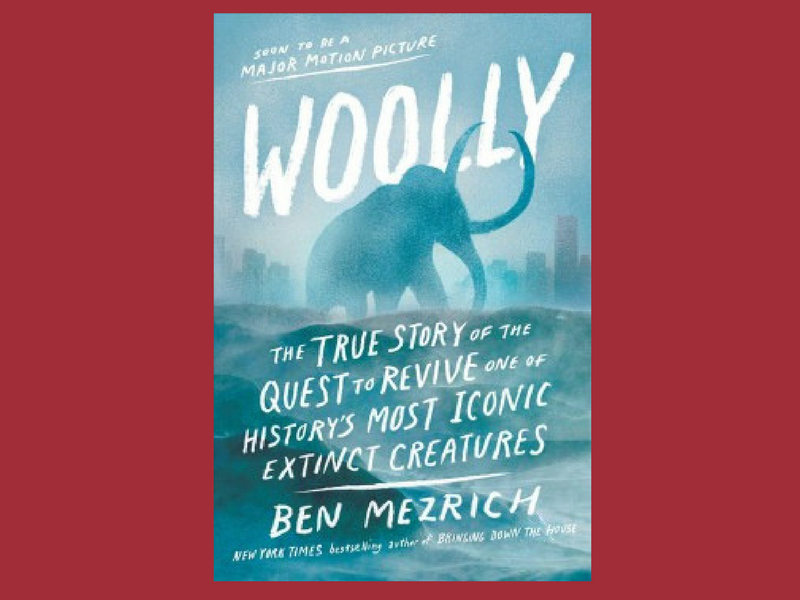 When the motion picture comes out, it won’t be Jurassic Park or Ice Age. Bestselling author Mezrich didn’t write a book about Woolly Mammoths or genetic engineering. Instead, Mezrich tells the real story of a number of different groups of scientists, using different methods, who are attempting to restore the Woolly Mammoth. There is genetic theory, yes, but also a lot of academic rivalry, clashing politics, and human drama. Wildly passionate scientists and less wild but equally passionate billionaires struggle between conflict and cooperation to revive the species made extinct by humans.This book shows that the scientific process is messy, dangerous and very complicated.

“[Dr. Church] believed it was scientifically possible to bring back a Woolly Mammoth. But why would you want to?  Why would you need to?” The scientists believe they need to do this to save the earth, and are driven by a great feeling of urgency. They believe that the loss of the animals that once roamed the tundra is contributing to the thawing of the arctic permafrost, which in turn contributes to global warming. A greater problem is that when the permafrost completely melts, it will release enough carbon atoms into the atmosphere to suffocate the world. What seems like science fiction could be a reality within a few years.