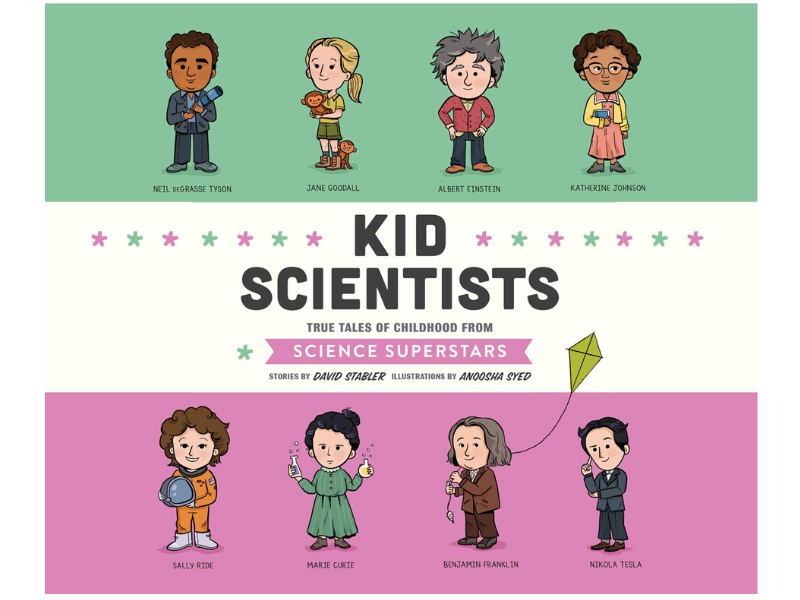 Every February 11th women and girls of science are celebrated on International Day of Women and Girls in Science. This day was created to focus on the females of the world that have made, or still are making, a difference in the field of science.

If you have a child that is interested in science there is a great book in the adult non-fiction section that you could read along together to learn about some fantastic women in this field. The title of the book is Women in Science: 50 Fearless Pioneers Who Changed the World by Rachel Ignotofsky. This book is filled with facts about women in the fields of STEM (Science-Technology-Engineering-Math), it is vividly illustrated and each illustration has a quote from the featured woman.

Another great book to share with your children includes both men and women in science, but it is not about their accomplishments in the field of science. Instead, Kid Scientists: True Tales of Childhoods From Science Superstars By David Stabler, is about the childhoods of each of the featured scientists. Sally Ride, the first American woman in space, was known for not being interested in most school subjects (except reading), having a love for traveling the world, and being a team player in her youth. She could have played tennis professionally, but gave that up to be a scientist. Her team player spirit was helpful to her in the field of science.

There remains a tremendous gender gap in the field of science, but hopefully young ladies will take the time to read about the women of the past and present that are making a difference in the field of science. Everyone is welcome to attend our STEAM programs every second Saturday at 2:00. During our STEAM program we focus on the STEM of a topic (but we also include Art, which makes it STEAM). Next month we will be having STEAM Pi/Pie Day on March 14th where we will do experiments and art using pi and pie!