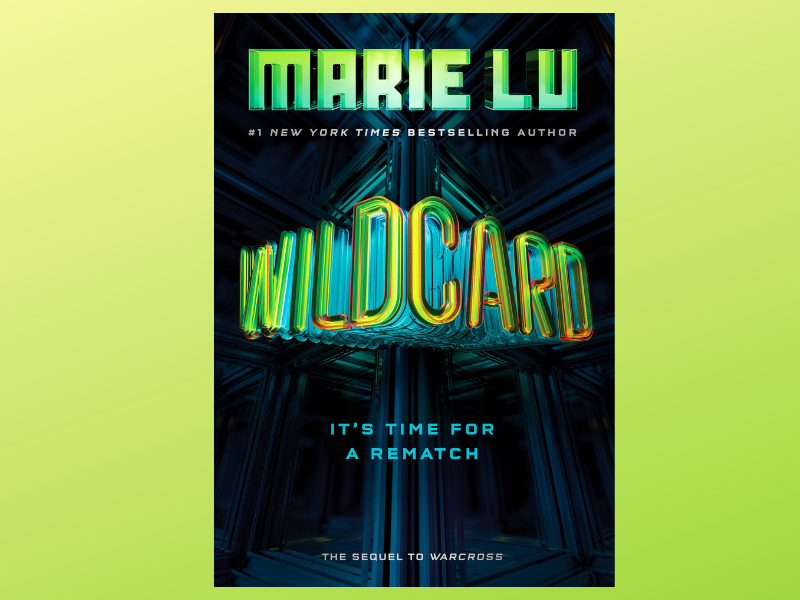 “Emika Chen barely made it out of the Warcross Championships alive. Now that she knows the truth behind Hideo’s new NeuroLink algorithm, she can no longer trust the one person she’s always looked up to, who she once thought was on her side.Determined to put a stop to Hideo’s grim plans, Emika and the Phoenix Riders band together, only to find a new threat lurking on the neon-lit streets of Tokyo. Someone’s put a bounty on Emika’s head, and her sole chance for survival lies with Zero and the Blackcoats, his ruthless crew. But Emika soon learns that Zero isn’t all that he seems–and his protection comes at a price.
Caught in a web of betrayal, with the future of free will at risk, just how far will Emika go to take down the man she loves?” (Goodreads synopsis)

This is the sequel to Marie Lu’s Warcross, and I loved it just as much! Lu manages to mix the perfect amount of action, friendship, and romance. The fast-paced plot made it (just like the first book) impossible to put down. Between battling in virtual reality games, dodging IRL bullets, and running from an all powerful AI, your adrenaline will be spiking nearly as much as Emika’s.

Emika and Hideo are both still madly in love with each other, but Emika’s unshakeable belief that taking away the world’s free will is wrong definitely places a barrier in them getting back together. I typically hate sequels where the protagonists broke up in the previous book because they are usually SO ANGSTY. However, due to Emika’s constant life-threatening situations, she doesn’t have all that much time for dwelling on her feelings–so not enough angst to annoy me. Although Emika and Hideo’s relationship is a huge part of the story, I love that the whole plot is based on brotherly love: “Everything I’ve ever done was for you,” Hideo replies” (Wildcard, pg 314). My heart broke quite a few times for Hideo — Lu pulls no punches when it comes to gut-wrenching plot twists.

We are introduced to a new character, Jax. Jax is my favorite, hands down. She is an assassin who works with Zero and saved Emika’s life the first time she met her. She then promptly shot Emika with a tranquilizer when she figured Emika wouldn’t go with her quietly. Over the course of the book, Jax saves Emika numerous times, and turns out to be a fabulous ally. If Marie Lu decides to write a story that is all about Jax, I’ll read it in an instant! Jax is smart, loyal, and kicks major butt!

This book is awesome, you guys. Read it, (but read Warcross first)!

Ps. You might like this book if you like: The Eye of Minds by James Dashner, Epic by Conor Kostick, or The Rise of Nine by Pittacus Lore.