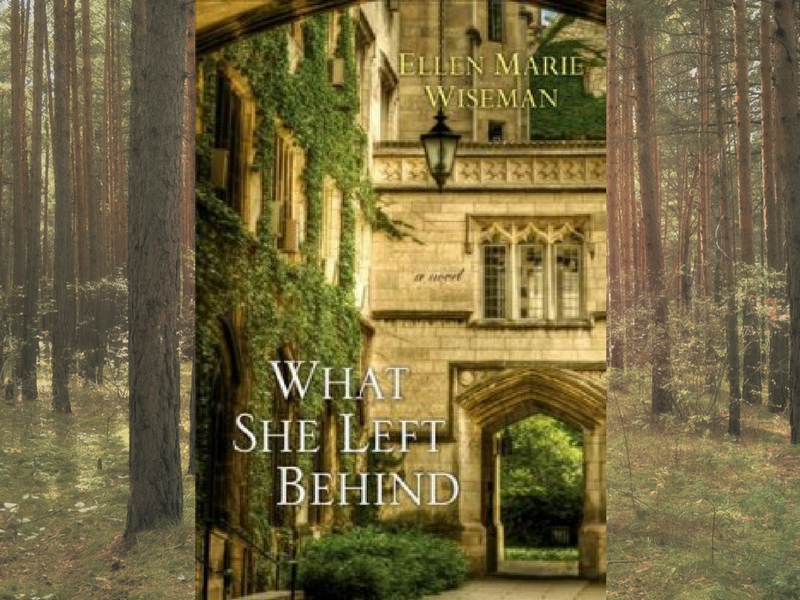 What She Left Behind by Ellen Marie Wiseman chronicles the lives of two women, both seventeen years old at the beginning of the story, living approximately sixty years apart. Clara’s story begins in 1929. She has fallen in love with a man of whom her overly strict, cruel parents do not approve. After an argument wherein she takes a stand for her own life and refuses to marry the man they have chosen for her, they send her to an insane asylum.

Sixty years later in 1995, Izzy has seen her share of heartache. Her mother was convicted in the murder of Izzy’s father and sentenced to life in prison. After a series of bad foster homes, Izzy finally found her forever home with loving foster parents. She and her foster mom embark on an adventure digging though artifacts of Willard Hospital, where Clara was forced to live so many years before. It is there, photographs and old journals, that Izzy is able to recreate what happened to a woman whose life will soon intertwine with her own.

It is a bittersweet story that, after such tragedy, does find something of a happy ending. What She Left Behind takes you through the sickening practices often found in asylums from times past, and how one could be admitted despite having no actual mental illness. The number of women who were committed to these horrific institutions due simply to a parent unwilling to care about a child’s opinion, or a husband stating that his wife was “unfit,” is quite astounding.

If you have an interest in history and/or drama, this is a compelling book that I highly recommend, as it will stay with you long after you’ve read it.