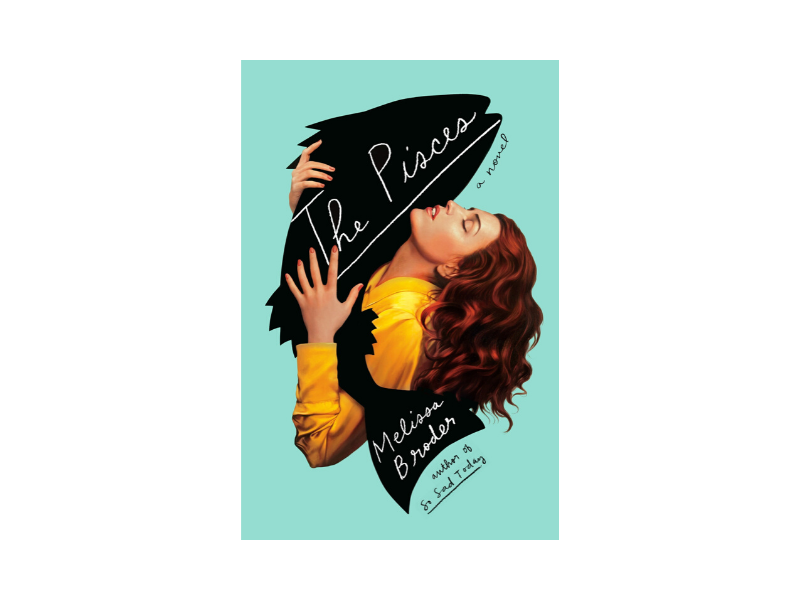 “Maybe [the ocean and I] were on the same side, comprised of the same things, water mostly, also a mystery. The ocean swallowed things up–boats, people–but it didn’t look outside itself for fulfillment. It could take whatever skimmed its surface or it could leave it. In its depths already lived a whole world of who-knows-what. It was self-sustaining. I should be like that. It made me wonder what was inside of me.”

The Pisces by Melissa Broder stars Lucy, a woman who has spent the past nine years of her life writing a dissertation on Sappho, a lyric poet from ancient Greece.  As the frustration of writing this comes to a head, her relationship explodes into dramatic fallout. Lucy struggles to figure out the next steps in her life when her sister, Annika, reaches out and asks if she would be interested in dog-sitting over the summer.

Lucy accepts and travels to Venice Beach, California to live in their glass cubed home with their diabetic foxhound. Despite the fact that this was meant to be a vacation, Lucy can’t escape her thoughts. She becomes increasingly bitter at any sight of PDA and decides to attend a love addiction therapy group.

“In some ways, my moods did and did not exist. People said that you could will a mood into being or will it away. Just think positively. But I never felt that way. My moods were their own entities, even if no one could understand why they were there. That was what made me scared of feelings. I realized now what I had to do, in spite of what others said, was not try to change a mood but surrender to it. I had to surrender to whatever feelings arrived and in doing so I could maybe ride them, floating on the waves. I decided I was going to surrender.”

Eventually, Lucy meets a strange boy swimming alone at the beach one night. Theo isn’t just a boy though, he’s a merman. Lucy and Theo fall into a whirlwind romance, but how can they make it work when they live in two different worlds?

The Pisces is a book that you’re either going to fall in love with or absolutely hate. Lucy spends most of the book being overwhelmed by her own obsessions and compulsions. Theo is sometimes a character who leans too far into narcissism. On the other hand, this book lets out a lot of the emotions most of us don’t allow ourselves to feel and may give us a glimpse into the traits we don’t like about ourselves. Overall, The Pisces is an interesting tale weaving together fantasy and eroticism, and the dark humor may come as no surprise to those who are familiar with Melissa Broder from her “so sad today” twitter account.

Review by staff member Austyn B.