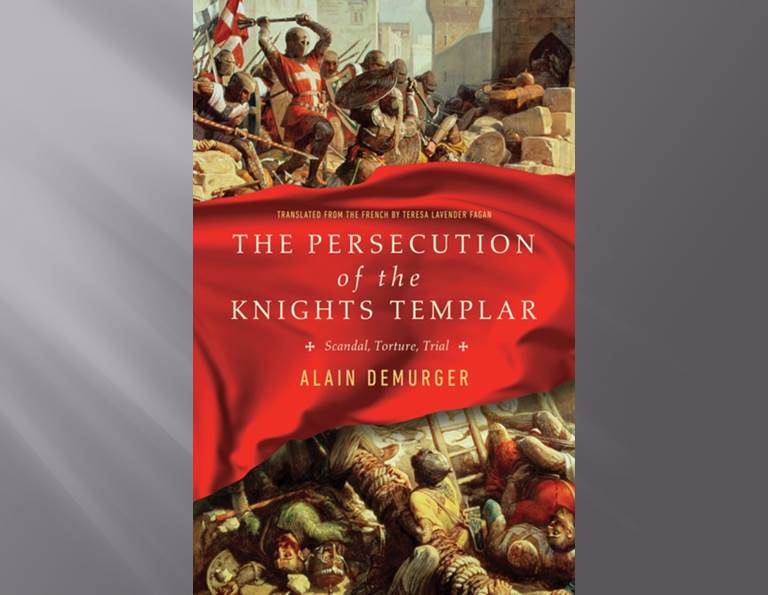 “The trial of the Templars, sometimes known as the ‘Templar Affair,’ continues to intrigue through its sheer magnitude: here was a religious order with a military vocation – powerful, international, protected by the pope – being accused of heresy by the king of France, Philip IV the Fair. On 13 October 1307 the Templars in the kingdom of France were arrested and imprisoned, and their possessions seized and impounded on orders of the king.”

Alain Demurger begins his book by telling what happened to the Templars, what they had been accused of, and what they had confessed to. The book then goes straight into a timeline, talking about the history of the order, its purpose, and why it was founded. With the timeline at the beginning of the book, the reader has an easier time knowing the context of the time period.

Upon reading this book, I quickly realized how unique it was in comparison to most about this topic. Whereas most writers simply take what was said by the Knights Templar to heart, Alain decided he would take one step further. Alain’s goal is not to direct a person on which side they should take, but to give the context of the scenarios for others to determine themselves. He does this through giving the history of the Knights Templar along with mentioning pseudo-history which was exaggerated by other writers. Touching on how the knights were tortured, threatened, or both, the author does a great job in showing how many of the “confessions” could have been forced. Alain will sometimes even take a step further and go into how many historians are wrong for taking the words on the Templars as fact despite them being forced to “admit.”

One thing this book excels in is taking a neutral stance on whether the Templars had a fair trial, and pointing out the facts rather than taking a side. As the author stated earlier, he did not wish to take a side, but to explain the situation that the Knights Templar were in. The author will sometimes go as far as criticizing other writers for taking the words of the Templar to heart.

The book itself is very engaging, and will keep you wanting to read more as you learn what the Templars went through as they stood trial. You’ll learn of their hardships, what they had to do to survive, and what they were forced to admit.

If you are someone who enjoys reading about the Middle Ages, enjoys hearing a different perspective, or just loves history in general, then this is definitely a book you should check out!