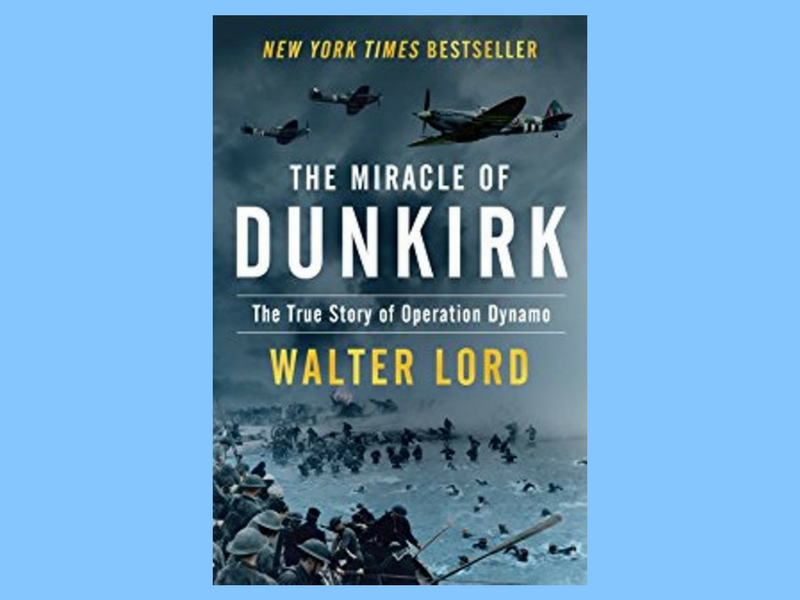 I love history. I love it detailed, accurate and personal. I want to know how it affected the people who lived it. Walter Lord’s account of the evacuation of the British army from Dunkirk is exactly that. It is based on detailed military and government records and hundreds of personal accounts of the survivors, and has a great sense of immediacy. This story could have been tweeted.

The British and European armies greatly underestimated the force and speed of the German attack, and the famed German tank divisions pushed the British and French armies into a narrow corridor doomed to defeat.  Their only hope was the sea. A massive and confused retreat brought 400,000 men to Dunkirk. The pier was already destroyed and the navy could not spare enough ships to pick up that number of soldiers (they anticipated they might rescue 30,000). There was crisis after crisis, but there was miracle after miracle. For reasons still debated by the historians, the German tanks stopped and for three days sat idle. The factories at Dunkirk were burning and the fires created a smokescreen that hid the soldiers from the Germans and held off the attacking planes.

The greatest miracle was in the determination of the British people. Before the evacuation had been announced in England, hundreds of little ships of every type, commercial and private, set sail for Dunkirk. Able to reach the beaches, they ferried troops to the larger ships or brought them across themselves. The lack of any kind of plan, the inexperience of the crews who may never have sailed in open seas, and the attacks of German planes and submarines created much death and destruction. Some rescuers turned back, but more came. The beach was blocked by wrecked ships. Men boarded boats only to have them sink under them and be picked up by another boat, and perhaps another, or not. The loss of life and vital military equipment was great, but 342,000 men were rescued. The soldiers were greeted in England not as crushed losers but as heroes. Most importantly, the resolve of the British people was set: they would never give up.