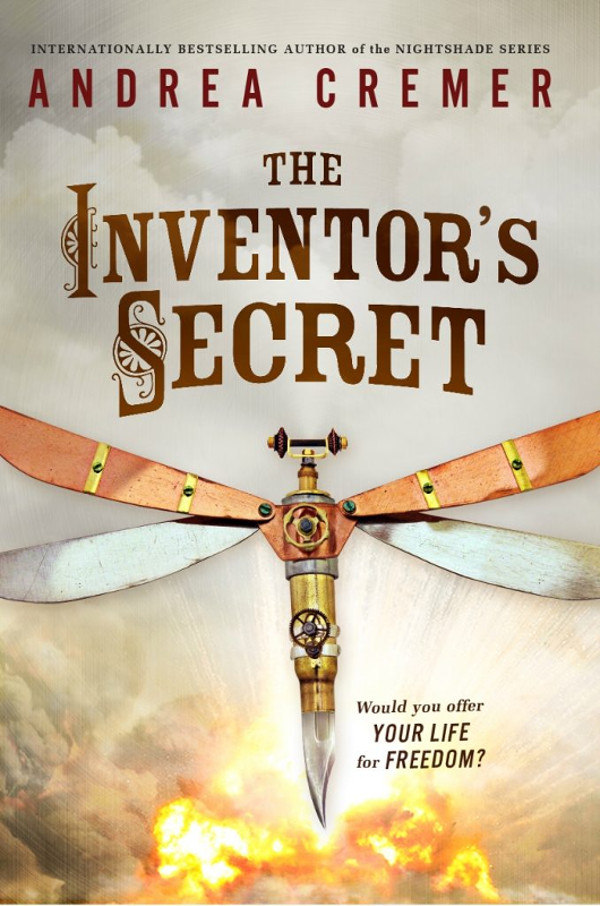 “Every heartbeat brought the boy closer. Charlotte heard the shallow pulls of his breath, the uneven, heavy pounding of his footfalls” (The Inventor’s Secret, Sentences 1 & 2).

“Sixteen-year-old Charlotte and her fellow refugees have scraped out an existence on the edge of Britain’s industrial empire. Though they live by the skin of their teeth they have their health (at least when they can find enough food and avoid the Imperial Labor Gatherers) and each other. When a new exile with no memory of his escape from the coastal cities or even his own name seeks shelter in their camp he brings new dangers with him and secrets about the terrible future that awaits all those who have struggled has to live free of the bonds of the empire’s Machineworks. The Inventor’s Secret is the first book of a YA steampunk series set in an alternate nineteenth-century North America where the Revolutionary War never took place and the British Empire has expanded into a global juggernaut propelled by marvelous and horrible machinery” (Goodreads Synopsis).

I really enjoyed this book and plan on finishing the series (I’ve already started the second audiobook on hoopla). It’s been awhile since I’ve read Steampunk and now I want to do a Steampunk program…any takers? The only thing about Steampunk books that I DON’T like is that I leave them and go back to a reality where airships don’t exist. WHY DO AIRSHIPS NOT EXIST?

This book is plot driven, so expect a lot of action and adventure from the pistol carrying, explosive tossing, stiletto wielding heroine. Charlotte is our main character and loves to dive headlong into action–like blowing up a Rotpot (giant machine contraption that sort of reminded me of the aliens in War of the Worlds) in the first few pages to slaying would-be thieves in the woods. I like that this series has multiple strong female characters; Charlotte, Lennet, and Meg all have their own strengths and don’t let the boys tell them who to be or how to act.

Read this book if you enjoyed: Etiquette & Espionage by Gail Carriger, The Girl in the Steel Corset by Kady Cross, or The Transatlantic Conspiracy by G.D. Falksen.