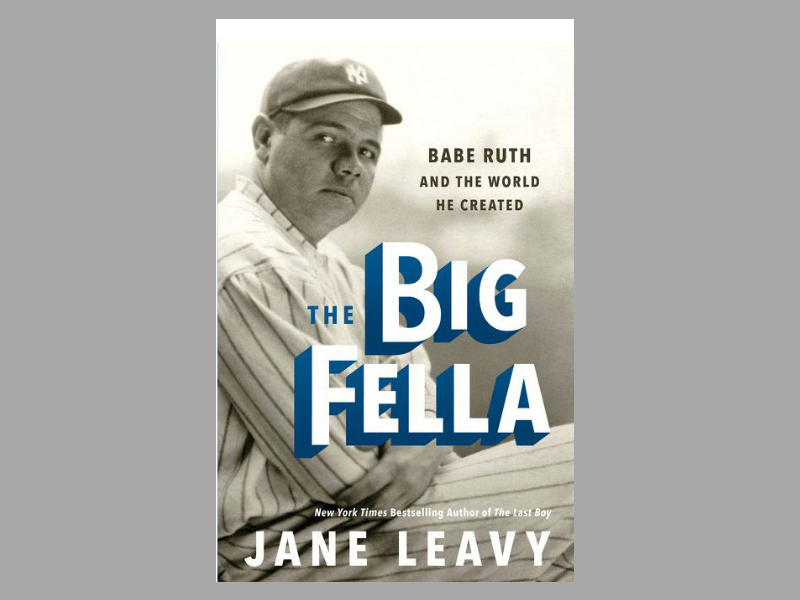 “Sometimes I still can’t believe what I saw. This 19-year-old kid, crude, poorly educated, only lightly brushed by the social veneer we call civilization, gradually transformed into the idol of American youth and the symbol of baseball the world over – a man loved by more people and with an intensity of feeling that perhaps has never been equaled before or since.”  – Harry Hooper (teammate)

My brother pitched two no-hit seasons in high school and wanted to go professional. My mother, who never raised her voice at any other time, was loud when she listened to the baseball games on the radio. We listened to all the games. My father traveled for his work and any time we weren’t in school we went with him.  All my pleasure in the trips was overridden by the games on the scratchy car radio.  I thought the worst words in the English language were double header.  I hate baseball.  But I love history, and Babe Ruth was history. As Jane Leavy describes he changed the game: he changed the culture of baseball and the country. He didn’t just win, he won in spectacular ways.  He didn’t just set new records, he broke and reset them over and over.  Some of his records still stand today. But more than that, he was a showman.  He was big and he did everything big.

“How to hit home runs: I swing as hard as I can, and I try to swing right through the ball. . . I swing big, with everything I’ve got. I hit big or I miss big. I like to live as big as I can.” (Babe Ruth)

His huge hands swung a heavier bat; he took more risks and stole more bases. He was the first player to hire a manager.  In the off season he broke traditional contracts and ran vaudeville circuits and barnstorming tours.  Lou Gehrig was often his opponent on the tours, one man who could beat the Babe’s records.  Ruth’s endorsements brought in more income than his salary which was already the envy of other players. Ruth played to the press and the newly developing mass media of radio. He was never still until his early death from cancer.  There is still a Babe Ruth League here in New Castle.

For more information on The Babe go to: http://www.baberuth.com/