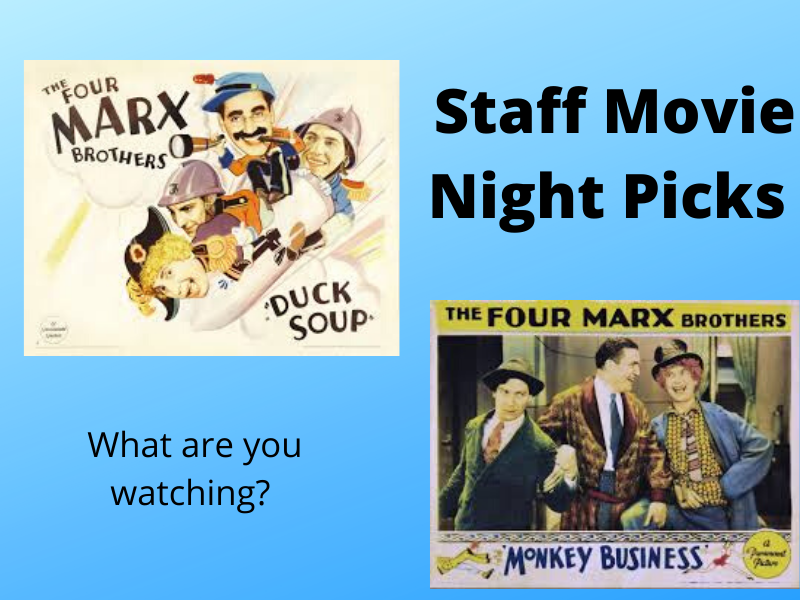 Duck Soup and Monkey Business are two classics from the legendary comedy team, The Marx Brothers. These films were made during the team’s “golden period,” which ran from The Cocoanuts, their first comedy at Paramount, to A Day at the Races, their second comedy at Metro Goldwyn Mayer.
Let’s kick off with Duck Soup, directed by Leo McCarey. His credits include Make Way for Tomorrow, Going My Way, and The Bells of St. Mary’s. It is a political satire in which Groucho is Rufus T. Firefly, the ruler of Freedonia who declares war on Sylvania over the love of Mrs. Teasdale. Duck Soup was the Marx Brothers’ last comedy for Paramount before moving to MGM. Some critics and historians consider Duck Soup to be the team’s greatest comedy, while others argue in favor of A Night at the Opera, the Marx Brothers’ first feature for MGM.
Next, let’s talk about some Monkey Business, directed by Norman Z. McLeod. He went on to direct the acclaimed W.C. Fields comedy It’s a Gift. Monkey Business was the Marx Brothers’ third film and marked a turning point in which they really  hit their stride. Their first two features were adaptations of their vaudeville stage plays. Monkey Business was written for the movies, fast paced and hilarious. Long-time fans and newcomers are sure to enjoy both films and we recommend making it a double feature movie night.Let us know what you think of these movies!