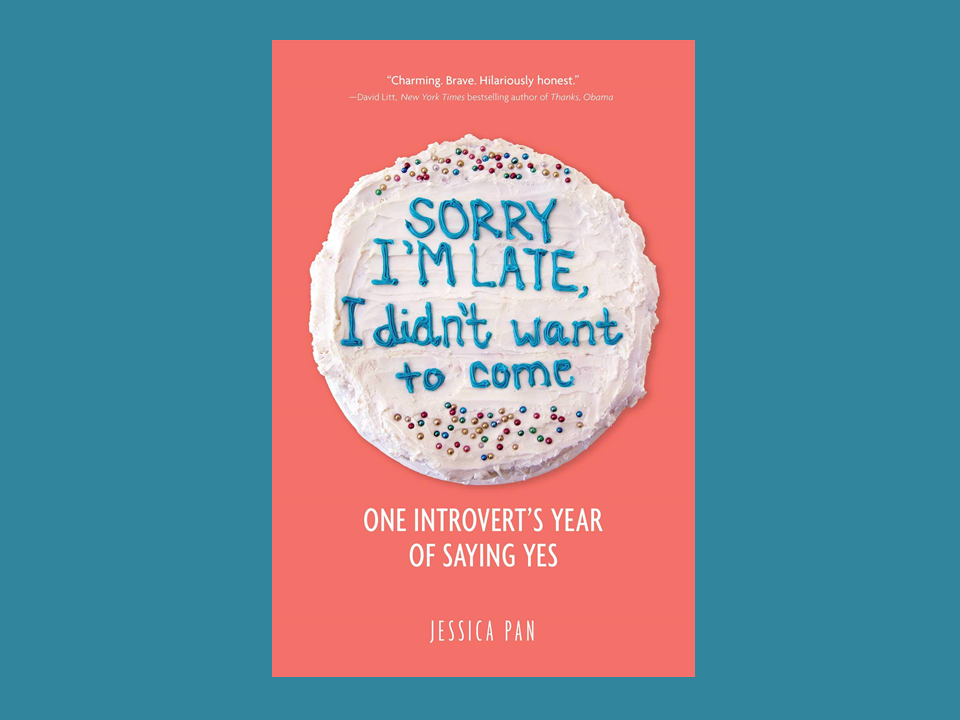 I picked up this book because I saw a friend wearing a t-shirt with that phrase on it and I wanted one too.  It would be nice to have a sign that would hint people away. But being an introvert I probably wouldn’t wear it in public.

Pan is a depressed, lonely, and unhappy introvert – and she doesn’t want to be. She doesn’t mind being an introvert; she just doesn’t like the depressed, lonely and unhappy part. She is also brave, intelligent and determined, and she has resources.  After a few false starts, she takes on all of her nightmares: talking to strangers about other things than the weather; giving speeches; traveling alone and making friends on the way; saying yes to social invitations and staying more than an hour; and the worst – performing standup comedy.  She wants to know what she is missing out on in life and if it matters to who she is.

If you don’t know how to do something, you get help, mentors, gurus, coaches, experts.  Did you know there were experts on extroverting?  Aversion therapy seems to be the main approach. Could you go up to an unfriendly stranger in London and ask “Does England have a queen and if so, what is her name?” for the sole purpose of making a fool of yourself?  Could you tell your personal story to an auditorium of 900 strangers? How about performing your own standup comedy routine in a pub?

None of this alarms you?  But you are probably an extrovert anyway.