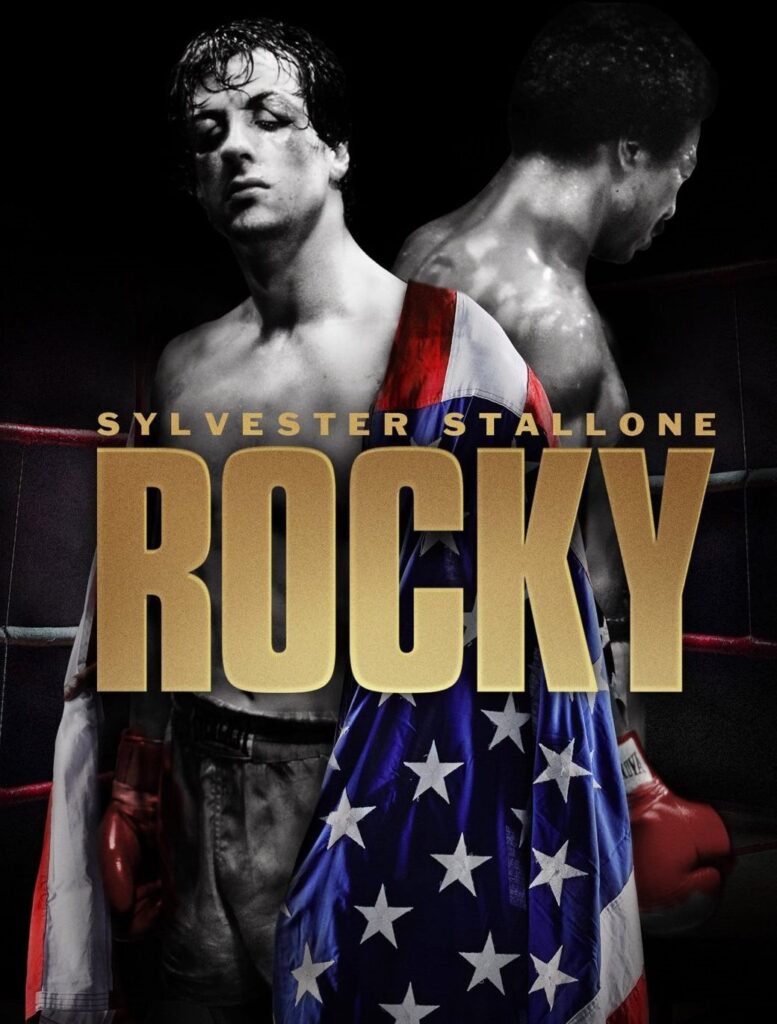 In the first half of the 1970s, films like The French Connection (1971), Dirty Harry (1971), Shaft (1971), The Godfather (1972) and Badlands (1973) were common in the cinematic landscape, with a focus on antiheroes and urban decay. In the latter part of the decade, the tide began to turn to a more hopeful outlook on life. Rocky (1976) was among the first films to reflect a renewed optimism taking shape in America. Underdog stories became more prevalent and Rocky is one of the most famous of all. It is the story of a two-bit boxer from Philadelphia named Rocky Balboa who gets his “million-to-one shot” for pride and respect in a championship bout with title holder Apollo Creed.  This was a career-making role for Sylvester Stallone, who only a year prior had starred in Roger Corman B pictures Capone (1975) and Death Race 2000 (1975). The reinvigorated romanticism trend continued in Star Wars – A New Hope (1977), Superman (1978), and Raiders of the Lost Ark (1981), ushering in the summer blockbusters that entertain audiences to this day.