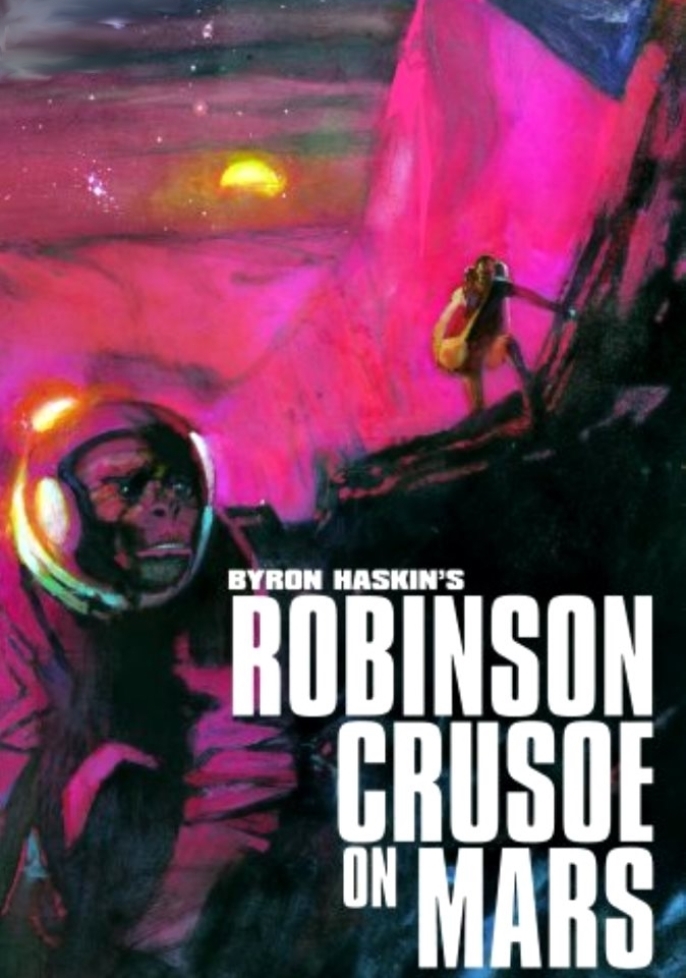 Long before Ridley Scott thrilled filmgoers with last year’s The Martian, producer George Pal and director Byron Haskin took audiences on an excellent and offbeat cruise to the red planet in the summer of 1964 with Robinson Crusoe on Mars, a clever retelling of Daniel Dafoe’s classic tale of survival against insurmountable odds. In the film, Commander Christopher “Kit” Draper (Paul Mantee) and Colonel Dan McReady (Adam West) bail from their spacecraft to the Martian surface when their orbiting rocket is damaged by an asteroid. McReady is killed in the crash, but Draper survives. Confined in an arid dungeon of rocks and hills stretching to a scorched horizon, a physical and mental battle ensues. Confronted with the challenge of surviving in a harsh world, Draper must also face solitude and loneliness. But Mars has a few surprises in store for the frightened astronaut. An escaped intergalactic mining slave (Victor Lundin) joins Draper on his quest to the Martian polar ice cap, all the while being pursued by aliens in spaceships similar to those in War of the Worlds (1953), an earlier Pal/Haskin collaboration.

At the time of its inception, Robinson Crusoe on Mars was the most ambitious undertaking by a film studio yet to depict what life on Mars would be like based on what was known and theorized by science at the time. Previous cinematic voyages, like Rocketship X-M (1950), were shot in black and white with Mars sequences tinted a pinkish-red in post-production. But producer George Pal wanted his Mars feature to be shot in vivid color and in widescreen, no less. The barren terrain of Death Valley, California provided the perfect scenery. Since there is no blue sky on Mars, an animated red-orange sky and blazing fireball f/x were created in post.

If Destination Moon (1950) is the starting point to 2001: A Space Odyssey (1968), then Robinson Crusoe on Mars is the halfway mark, a pit stop on a journey beyond the infinite. Review by staff member Josh D.

You can watch and discuss Robinson Crusoe on Mars with fellow movie buffs on Wednesday, March 23 at 6:30 pm in the auditorium. Enjoy some popcorn while you are there.