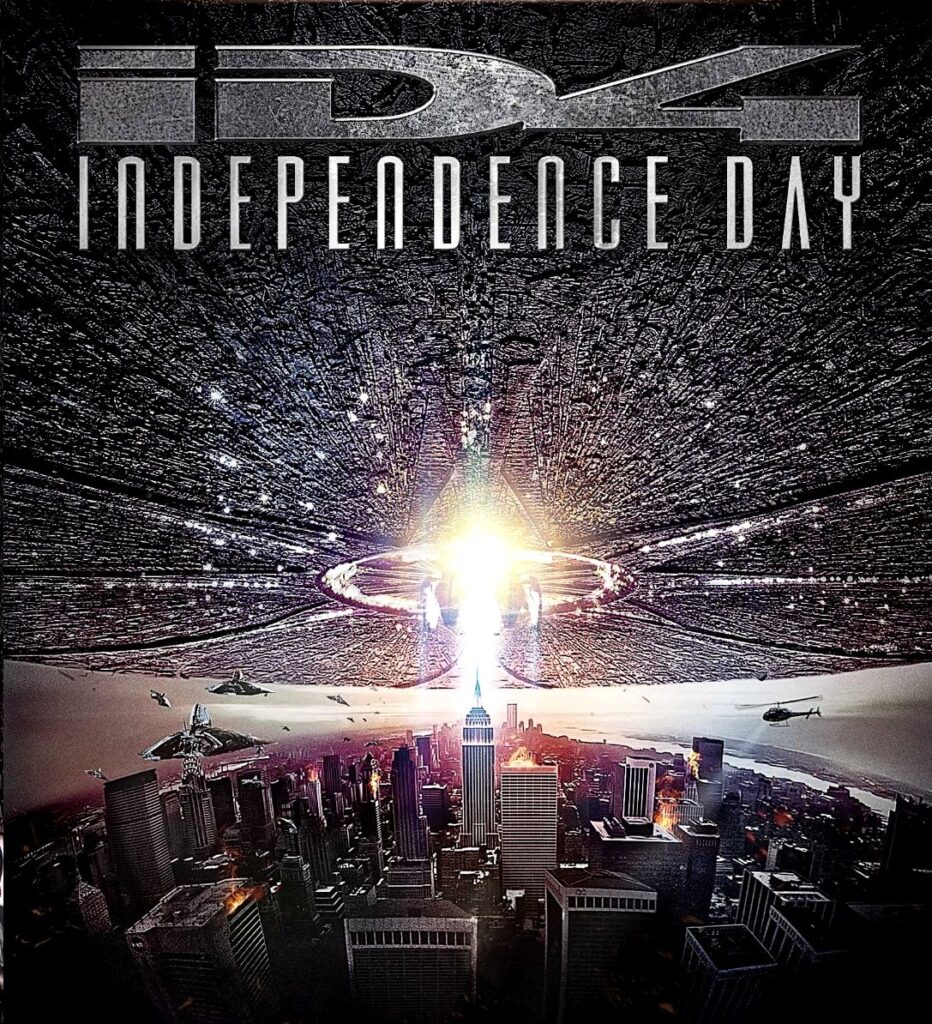 Roland Emmerich’s Independence Day (1996) was spawned from a visual effects revolution ignited by James Cameron’s Terminator 2: Judgement Day (1991) and Steven Spielberg’s Jurassic Park (1993). These blockbusters reinvigorated the science fiction genre, a genre that had been going through a dry spell. Studios were sticking with franchises and green-lighting fewer new projects. The years 1989 to 1992 witnessed a seemingly endless parade of sci-fi/fantasy sequels. There was The Fly 2, Gremlins 2, Highlander 2, The Never-Ending Story 2, Predator 2, Alien 3, Star Trek V and VI. Following the innovation and massive worldwide success of T2 and Jurassic Park, new projects were green-lit. With the latest computer graphic technology, Hollywood studios churned out more big-budget features with large scale, sweeping scope, and stunning visuals. The disaster film, a popular genre in the 1970s, made a comeback with films like Twister (1996), Dante’s Peak (1997), Volcano (1997), and Armageddon (1998).

Of all of Jurassic Park’s subsequent progeny, Roland Emmerich’s Independence Day (1996) was the most successful, earning over $300 million in domestic gross alone. The film is essentially a retelling of producer George Pal’s 1953 film adaptation of H.G. Wells’ The War of the Worlds. The design of the alien fighter-ships is similar to those depicted in Pal’s film, same with the green laser blasts. In Emmerich’s version, a computer virus, not the common cold germ, saves humanity from total annihilation. It can be argued that Independence Day was the first summer blockbuster to feature explosions galore. It is now an all too common trend of summer action blockbusters, Michael Bay’s Transformer films for instance. But back in ’96, such scenes still had novelty. Most of the visual effects in Independence Day still hold up today and the film has never ceased to entertain viewers young and old.

The New Castle-Henry County Public Library invites you to a free showing of Independence Day on Wednesday, June 22 at 6:30 pm in the auditorium. There will be trivia and a raffle for an Independence Day vinyl action figure after the movie. Tickets will be distributed at the auditorium entrance. Enjoy popcorn while you’re there.