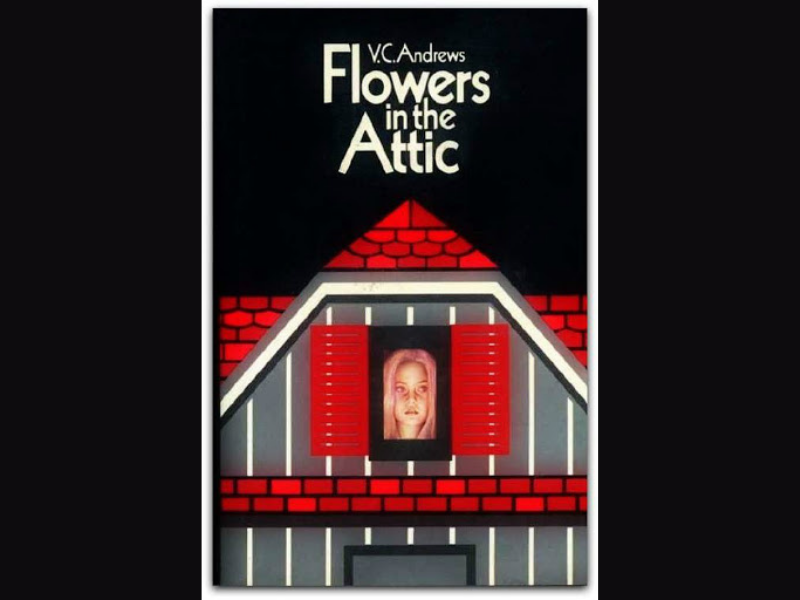 “We lived in the attic,
Christopher, Cory, Carrie, and me,
Now there are only three.”

-V.C. Andrews, Flowers in the Attic

Flowers in the Attic was first published in 1979, but it didn’t come on my radar until much later. While I was browsing through online messaging boards, I found myself drawn to one discussing this book. It was filled with women sharing stories about how, when they were young, they’d hide this book under their beds so their parents wouldn’t know they were reading it. I immediately thought “Yep, that’s exactly the kind of book I want to read.”

This book follows the story of the Dollanganger children. Christopher, Cory, Carrie, and Cathy grew up cherished and adored until, sadly, one evening their father suddenly passes. In the wake of his death, their mother shares a family secret with them: she is from an extremely wealthy family, but long ago they took her out of their will. She believes she can get back in her father’s good graces, but for now, he can’t know that they exist. They move to her family’s estate and the children are kept locked inside a forgotten attic. Their mother promises it will just be a day, maybe a week, but ultimately the children find themselves watching years pass on their calendars and seasons shift through their window.

I really loved this book – so much that I bought the 40th-anniversary copy and audiobook to keep for myself. When discussing this book with others, many people tend to hyper-focus on taboo parts of the story, but when you dig deeper there is much more to unpack. It took me about 15 hours to get through the audiobook, but by the end of it I felt like I’d spent years with the Dollanganger children and all I could find myself thinking about was their freedom.  -Review by Austyn Bolander.