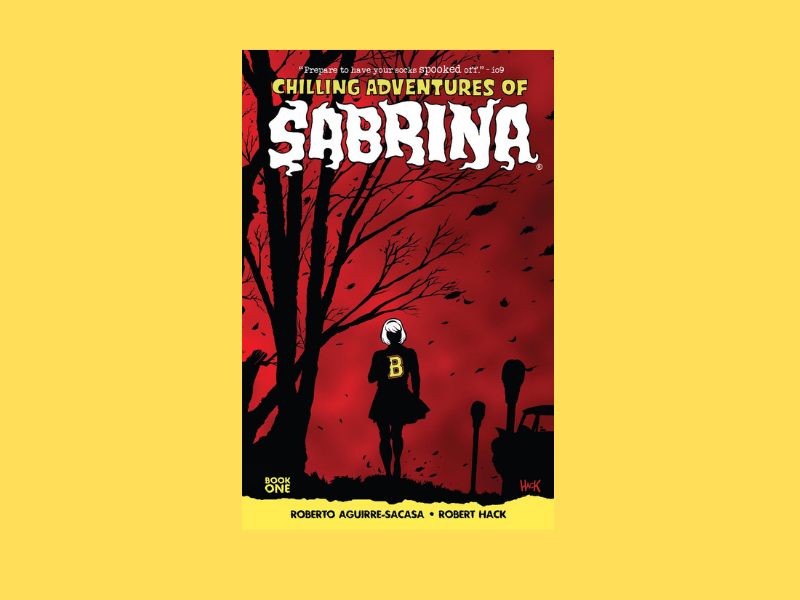 “Should she be baptized and accept the Dark Lord’s final blessing… or should she go to the pep rally and after-party with Harvey?”

This isn’t the Sabrina Spellman you remember.

Most of us are familiar with the TV sitcom Sabrina the Teenage Witch that aired during the 90’s until the early 00’s. When we think of Sabrina we remember her comedic talking cat Salem, spells that go wrong and turn people into pineapples, and her relationship with her school crush Harvey Kinkle.

This comic gives us everything that the TV sitcom gave us, but with a dark veil draped over it. Sabrina Spellman will discover she is a witch on her sixteenth birthday, but it won’t be by surprise. She will be asked to sign Satan’s book to join his coven as the rest of her family did before her. Salem will be present but rather as a demonic entity that has taken the form of a cat to protect her in the coven. In exchange for her signature, Sabrina will become a powerful witch but she will be asked to give up her mortal life – including Harvey Kinkle. Will she do it?

Do yourself a favor and read this graphic novel if you love horror, psychological thrillers, witches, or the Netflix adaption. The form of graphic novel also gives an atmosphere unlike any other since all the scenes are visually drawn out for the reader.

P.S. Fans of the Archie comics may notice a few familiar faces if they look hard enough.

Review by Austyn B., Circulation Assistant.