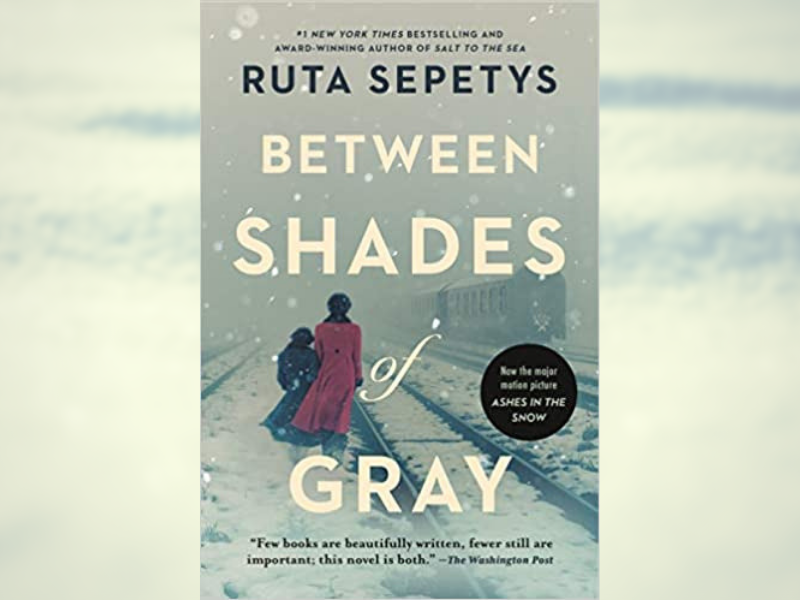 There are multitudes of horrors from WW2, but you may not have heard about this one. This book breaks the silence of the Baltic genocides that happened during WW2. Over ⅓ of the populations from the Baltic states of Lithuania, Latvia, and Estonia were lost during the Soviet annihilation (p. 341). This is the story of a Lithuanian family who is taken in the middle of the night, and transported from Lithuania to Siberia. This story showcases terrible cruelties that were inflicted on the Baltic people thought to be anti-Soviet during WW2 as they were called “fasheest sveenya” (fascist pigs) repeatedly by the Soviet secret police at the time, the NKVD (forerunners to the current KGB).

Reading like The Diary of Anne Frank, this story recounts a part of WW2 from a young girl’s perspective. Fifteen year old Lina Vilkas, her younger brother Jonas (aged 11), and their mother Elena, endure hardship after hardship to stay together and survive captivity from the Soviets. Scurvy, lice, frostbite, starvation, the constant threat of being shot– just a few of the trials that the Vilkas family go through. They were part of a group of Lithuanians who were deported together, and this group’s ability to keep its sense of community and national identity was astonishing. Elena Vilkas was the true hero of the story, showcasing an indomitable spirit for compassion and hope for the future. Though this is a historical fiction, these horrors were endured by families just like Lina’s.

Read this book. Knowing this story, knowing that this happened is important.