Hollywood icons Fred MacMurray and Barbara Stanwyck star in this uplifting holiday yarn directed by Mitchell Leisen.  Lee Leander (Stanwyck) is a small-time shoplifter on trial for snatching a bracelet from a jewelry shop. When the trial is delayed until after New Year’s, kindhearted district attorney John Sargent (MacMurray) makes arrangements for her bail. The two gradually fall in love and John invites her to his family’s home for Christmas. There, Lee discovers a care and compassion she’s never known. Remember the Night (1940) features lavish costume designs by Edith Head (who would later collaborate with Alfred Hitchcock on several of his films) and a witty screenplay by Preston Sturgess (director of such acclaimed features as Sullivan’s Travels and The Lady Eve). While not as celebrated as It’s a Wonderful Life or Miracle on 34th Street, Remember the Night is nevertheless a film ready for re-discovery. Staff review by Josh D.

Lucy Toomey is a seasoned political campaigner whose long days and short nights are soon to pay off. Just as her boss is to enter the White House, Lucy receives word that her estranged older sister Alice has died. Lucy returns to her small, close-knit hometown of Nilson’s Bay, Wisconsin, to settle her sister’s affairs. The pair had parted ways after an accident in her teens left Alice mentally impaired. Now, to meet the terms of Alice’s will, Lucy must take up temporary residence in her sister’s cottage and come to terms with the fact that her understanding of her sister could not be further from the truth.

This heartwarming, character-driven story weaves together a dual narrative about families and relationships. Themes of compassion and forgiveness invite the reader to embrace this unusual family dynamic and while the women are unconventional, their relationships pull the reader in with their authenticity, the way their hopes and dreams combine make them all stronger. Recommended for women of all ages. -Review by staff member Christian M.

Find this book in our catalog.

12/7: DIY Gingerbread House. We will be putting together a gingerbread house…and then going full cookie monster on it. NOM. NOM.

12/10: Christmas Crafts. We will be creating our very own Christmas ornaments to decorate the Teen’Scape with.

12/12: Decorate the Teen’Scape. This is a SATURDAY PROGRAM. We will be putting the tree up and making everything pretty!

Originally there was a push in education called STEM to place a focus on Science, Technology, Engineering, and Math. This was the result of a growing number of jobs in these fields and not enough qualified people to fill these positions. According to the STEM Education Coalition, their central mission “is to inform federal and state policymakers on the critical role that science, technology, engineering, and mathematics (STEM) education plays in U.S. competitiveness and future economic prosperity.” Over time, the STEM movement recognized the fact that art and design are equally valuable to the nation’s economy and culture and included Arts, changing the acronym to STEAM.

On the second Saturday of every month, upper elementary children gather together to explore one or more of the elements of STEAM. The first time we had Second Saturday STEAM, the children tested their engineering skills using cut-up pool noodles, shaving cream, and toothpicks. In October, we conducted science experiments using candy. Second Saturday STEAM in the Children’s Library is a time for children to really explore. We provide them with materials to get hands-on experiences in one or more of the components of STEAM. Our goal is to let them experience STEAM in a fun and thought-provoking way. Our hope is to spark a desire to continue to explore STEAM on their own. 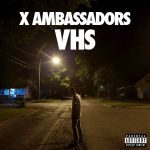 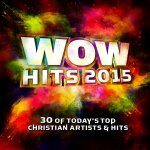 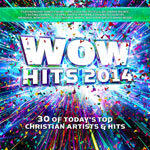 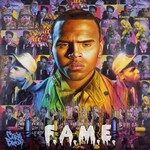 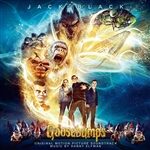 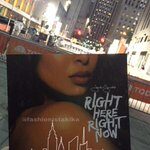 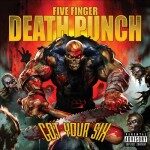 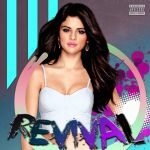 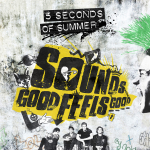 At Jurassic World, people from around the globe experience the thrill of seeing real-life dinosaurs, there to provide guests with the ultimate vacation experience. But not every dinosaur is getting with the program. Within the park is a genetically engineered monstrosity more powerful and deadly than any yet created in the science lab, the Indominus rex. The stakes are raised when this creature escapes confinement and wreaks havoc on the island. The only hope of escaping the island lies with Owen (Chris Pratt) and Claire (Bryce Dallas Howard), who launch a frantic bid to confront this fiercest dinosaur of all.  –Review by Staff Member Josh D.
Cowboys ride into a forbidden valley forgotten by time to capture prehistoric beasts in this astonishing adventure featuring the legendary special effects work of stop-motion animation wizard Ray Harryhausen (The 7th Voyage of Sinbad, Jason and the Argonauts). James Franciscus (Beneath the Planet of the Apes, The Cat o’ Nine Tails) is Tuck Kirby, a man who parallels Carl Denham in King Kong. Kirby is a showman looking for the next big attraction for his circus, leading a ragtag group of cowpokes into a land where dinosaurs roam, in particular an allosaurus known to gypsies as Gwangi. But much like Kong, this creature has a dislike for crowds and public exhibition, making its disapproval known in an explosive climax. Enthusiasts of creature features of yore are sure to enjoy Valley of Gwangi, whose stunning visuals inspired the artists behind Jurassic Park. -Review by Staff Member Josh D.

Next week is Teen Read Week:2015. The theme is “Get Away @ Your Library” and we will be doing just that. With a program scheduled every day next week (in the TeenScape), we will be escaping to a variety of literary places…from Hogsmeade to Oz.
We will be starting the week off “at the beach” with seashell art. From there we will travel to Hogsmeade and create some butterbeer. Going completely off the map, we will be heading to Algoe, New York and will make our very own “paper towns”.
Skipping along down a yellow, brick road…we will wind up in the land of Oz. In this land of Oz we will be creating miniature scarecrows based upon our favorite brainless hero. And finally, we will navigate our way across the treacherous sea by making our very own water compasses. Ahoy matey, see you there! -Krystal

Cinema icons Marlene Dietrich, Charles Laughton, Tyrone Power, and John Williams lead this excellent courtroom drama that left filmgoers riveted from its unexpected turns and surprising climax. Directed by the legendary Billy Wilder (whose list of noteworthy credits include such Hollywood classics as Double Indemnity, The Lost Weekend, Sunset Boulevard, Ace in the Hole, Stalag 17, Some Like It Hot, and The Apartment) and adapted from Agatha Christie’s runaway play, Witness for the Prosecution has never lost its power to captivate audiences until the last, spellbinding frame.

When rich widow Emily French is found slain, her acquaintance Leonard Vole (Power) is the prime suspect. Vole’s only chance for acquittal is the testimony of his wife Christine (Dietrich), but his defense falls to pieces when Christine brings to light some shocking revelations of her own. Witness for the Prosecution was nominated for 6 Oscars, including Best Picture, Director, Actor (Laughton), and Supporting Actress (Elisa Lanchester).

It is always a concern to historians when we start to lose a generation that experienced a unique period in our history. It should be a concern to us all because no amount of research or factual documentation can replace the voice of the witnesses. In the 1990s a group of students from Duke University’s Center for Documentary Studies undertook to record the voices of those people who had lived in the segregated south.

Lots of these youngsters now don’t remember. They really don’t. You tell them things that happened, they just can’t believe it. That’s why they can’t appreciate Martin Luther King, because they don’t know what happened. . . Hard to visualize it.   p. 187

Remembering Jim Crow: African Americans Tell about Life in the Segregated South consists of thousands of accounts of every aspect of life in the south, some beginning before the end of slavery up until the 1960s. Most of the accounts are tinged with fear more than bitterness. Fear of the law, fear of the lawlessness of lynchings, fear of poverty, evictions, rape, and beatings.

The accounts are spare but vividly told. There is great determination to improve one’s circumstances against oppressive odds, but also an acceptance that “that’s just the way things are.”

[My mother] would give me instructions before I’d leave home . . .  “If you pass any white people on your way, you get off the sidewalk. Give them the sidewalk. You move over.  Don’t challenge white people.”  So I was brought up in that environment.

Most blacks in the South felt that way, until the late fifties and sixties, when Dr. King come along with his philosophy, and it started giving black people some hope that the way we were being treated wasn’t right and this thing can change. Whenever I would hear Dr. King talk, it seemed like he was touching me from the inside.  P. 7-8

Walter Lee Younger (Sidney Poitier) is a young African-American man struggling with his place in life, sharing a small apartment with his wife, son, sister, and mother. With his low-income job as a chauffeur and crowded home life, Walter is living on a dead run, stuck in a station in life where no train ever arrives. Then one day the family receives an unexpected financial windfall in the form of a $10,000 insurance policy after the death of the Younger patriarch. But as events unfold, this substantial payment becomes a mixed blessing that could lead to personal ruin for the Young family.  Staff review by Josh D.
The library building has reopened. Visit our News page for more details. You can find our Health and Safety Reopening Procedures here.