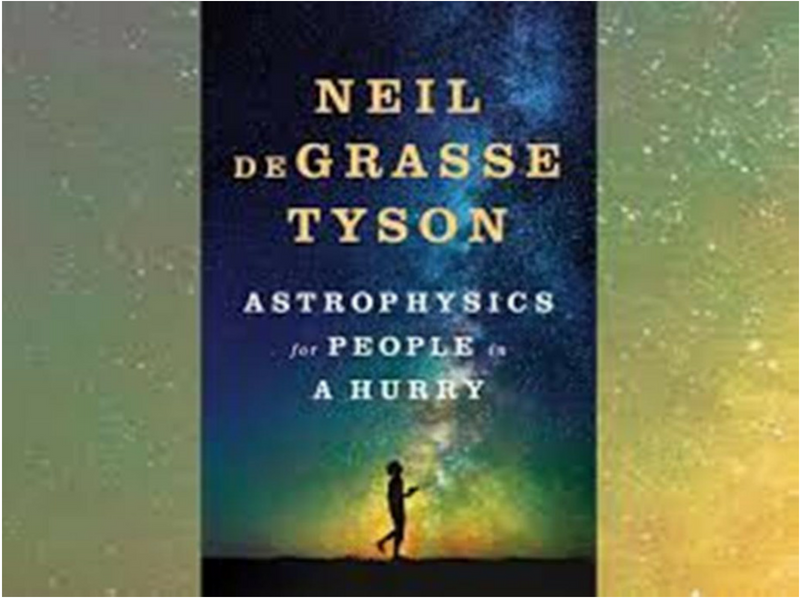 “We are stardust brought to life, then empowered by the universe to figure itself out – and we have only just begun.”

Why would a book on astrophysics, even a small book, be on the best seller list for 58 weeks?  Do that many people want to know that much about the physical laws of the universe? But then it is by Neil DeGrasse Tyson who is well known for his TV shows on the cosmos. Tyson was awarded the Public Welfare Medal by the National Academy of Sciences for his “extraordinary role in exciting the public about the wonders of science”.

If you ever wanted to know: why round is the perfect shape; what lies between the galaxies; how there can be invisible light; what is dark energy; or how it all began, Tyson answers all your questions and then some.  With humor and a light touch he covers the heaviest principals of science.  Don’t be deceived by its size this book is as compact as a pulsar with the energy of a cosmic ray.