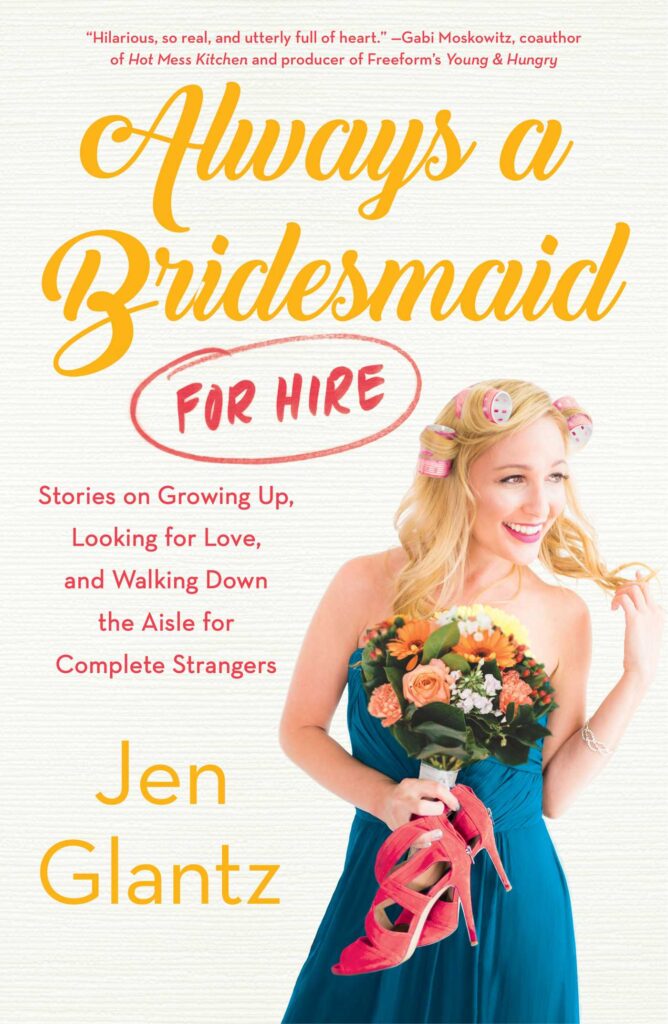 “. . .being a bridesmaid was truly no different from being a warrior. The only difference is that bridesmaids go to battle in a periwinkle taffeta dress.”

Jen was one of the last of the single ladies among her 160 sorority sisters, friends, and family. She was never the bride but many, many times a bridesmaid.  And with all that experience and a philosophy of always being prepared, she was good at it.

It seems that being a bridesmaid can be pretty horrific. Jen describes one wedding where, two hours before the ceremony, she stumbled over a fellow bridesmaid in hysterics because her dress has been lost by the hotel.  In search of it, Jen ran into a hysterical mother-of-the-groom who had forgotten to hire the limousine. Still in search of the dress, she stumbled over a hysterical groom whose groomsmen were so hungover they couldn’t stand up.  Confronting the concierge about the dress, she found that the hotel had an available limousine.  While reviving the groomsmen she spotted periwinkle tulle protruding from under them.  And the bride never knew how close her wedding came to disaster.

Overwhelmed by invitations to be a bridesmaid from two friends on the same night, Jen had the thought that she could be a professional at this.

More on a whim than anything else, she placed an ad as a professional bridesmaid on Craig’s List. That was on a Friday, by Monday there was a news article shared by 15,672 readers. She received so many emails it shut down her account.  There were job offers, marriage proposals, and requests for jobs.  A business? Had she started a business?  Before the end of the week Jen had an offer from Good Morning America to film her first professional gig.

What does a professional bridesmaid do? She describes it as being human Xanax. Jen is there to help people: “I fall in love, just a little bit, with almost every person I meet.” After reading the book, search for Jen Glantz  on the web to see how she is doing now.