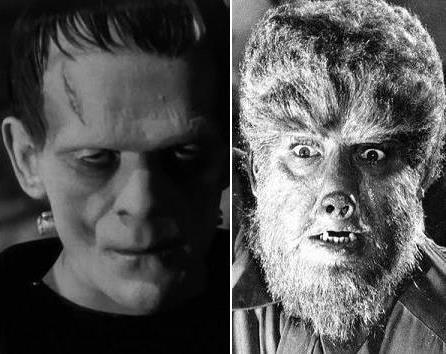 The Frankenstein Monster and The Wolf Man, along with the other golden age Universal Monsters, are among the cinema’s most memorable characters and helped define the horror genre in the United States. This special double feature event includes 2 fully restored classics Frankenstein (1931), starring Boris Karloff and The Wolf Man (1941), starring Lon Chaney, Jr. These landmark motion pictures sparked a legacy that continues to inspire numerous remakes/adaptations that reinforce the legend of Frankenstein and The Wolf Man, from Old Hollywood to the present.

The New Castle-Henry County Public Library invites you to a free showing of Frankenstein (1931) and The Wolf Man (1941), October 19 at 6:30 pm in the auditorium. Enjoy popcorn while you’re there.